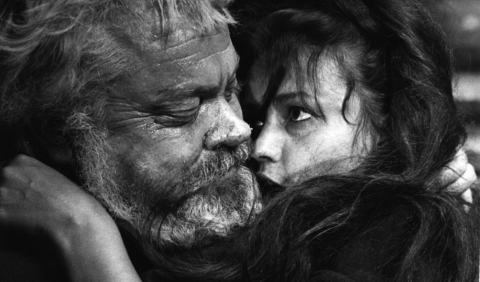 Sir John Falstaff is the hero in this compilation of extracts from William Shakespeare`s Henry IV and other plays, made into a connected story of Falstaff`s career as young Prince Hal`s drinking companion. The massive knight roisters with and without the prince, philosophizes comically and goes to war in his own fashion. The production was filmed by Orson Welles in Spain.