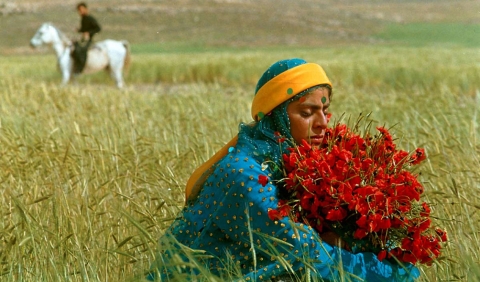 An elderly couple go about their routine of cleaning their gabbeh (an intricately-designed rug). Magically, a young woman appears, helping the two clean the rug. This young woman belongs to the clan whose history is depicted in the design of the gabbeh, and the rug recounts the story of the courtship of the young woman by a stranger from the clan.