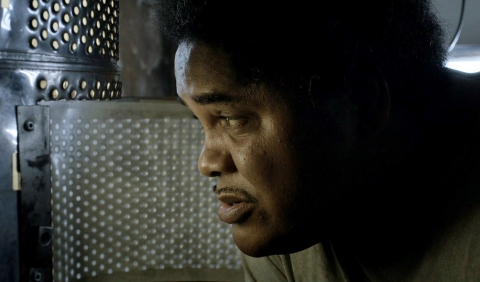 WHITE OUT BLACK IN

WHITE OUT BLACK IN

Shots fired inside a club frequented by black Brazilians in the outskirts of Brasilia leave two men wounded. A third man arrives from the future in order to investigate the incident and prove that the fault lies in the repressive society.


A professional soccer played before becoming a filmmaker, he studied film at the University of Brasilia. He directed the short films Rap, O Canto da Ceilândia (2005), Dias de Greve (2009) and the feature Hood Movie: Is The City One Only? (2011). White Out Black In is his second feature.