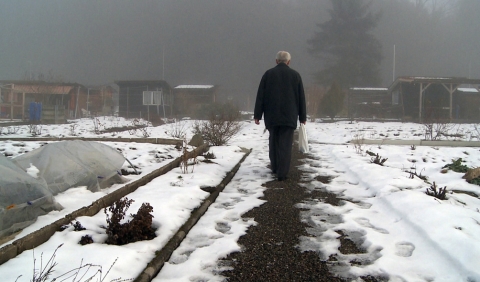 The film traces a reencounter between the director and his aged parents as an attempt at a personal revision of the past. The father likes order and has everything under control. The mother prays and talks of her loneliness. The two are fundamentally different, with opposing views and interests, but have been married for 62 years. Director Peter Liechti’s last work.


Born in St. Gallen, Switzerland, in 1951, he studied art history at the University of Zurich and later teaching arts at the Zurich College of Art and Design. Since 1986, he has worked as a filmmaker, writer, cameraman and producer. His feature films include Signers Koffer (1995), Martha’s Garden (1997), Hansim Glück (2003) and The Sound of Insects (2009). He died in April of this year.