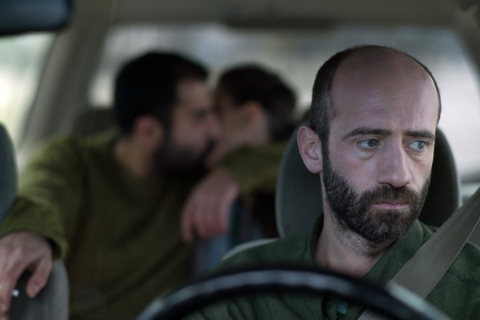 Sandro, a single high school teacher in his forties, still lives with his parents. Together with his childhood friend Iva they spend their leisure time dating women online. While these rendezvous usually end up without any results, everything changes when Sandro meets the married Manana, who quickly conquers his heart. Everything goes well until her husband gets out of jail. 
Born in 1973, in Georgia, he studied Film Production at the Georgian State University in Tbilisi, but because of the war, he started to work as a journalist for the first independent Georgian television station. Later, he studied Film Directing in Moscow and graduated from the Tisch School of the Art’s Graduate Film Program, in New York. Levan’s short film The Debt (2005) was in the official selection of the 2006 Sundance Film Festival. His first feature film was Street Days (2010). Blind Dates is his second feature film.