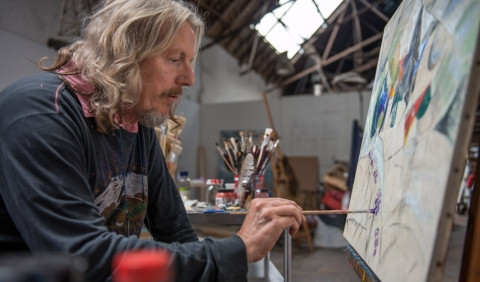 BELTRACCHI – THE ART OF FORGERY

BELTRACCHI – THE ART OF FORGERY

A documentary on the life and career of Wolfgang Beltracchi, who tricked the international art world for nearly 40 years by forging and selling paintings of early 20th-century masters. A larger-than-life personality who was responsible for the biggest art forgery scandal of the postwar era.


Born in Siegen, Germany in 1967, he studied Latin American history and published many studies on the artistic world of the region. His feature films as a director are 12 Tangos – Adios Buenos Aires (2005), Chandani: The Daughter of the Elephant Whisperer (2010) and Sound of Heimat – Germany Sings (2012).