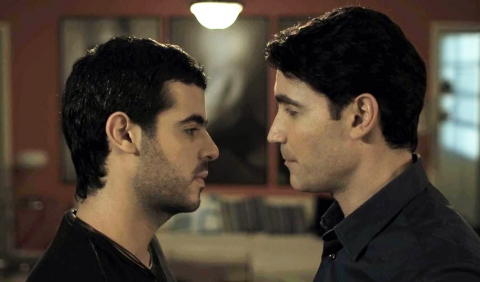 Diego is a homosexual photographer who lives in the shallow and glamorous world of fashion, but there is one thing that makes him different: he has a heterosexual son. Father and son will need to fix their differences, but everything depends on how you look at the situation. 
He studied dramatic arts and he has played lead roles in film, stage and television as an actor. After studying filmmaking, he directed the short film What Goes Up (2008). Blue and Not So Pink is his first feature film.