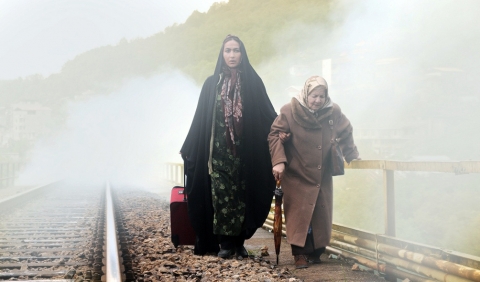 Ensi and Zabih are a couple living in suburbs of Tehran without any real ambition. Ensi takes care of an old woman suffering from Alzheimer’s and Zabih is a construction welder in skyscrapers. They are happy after learning they will become parents, but an accident leaves Zabih in a coma. Ensi’s life turns into a calvary, haunted by solitude and the end of hope. A melodrama under the influence of Yasujiro Ozu.