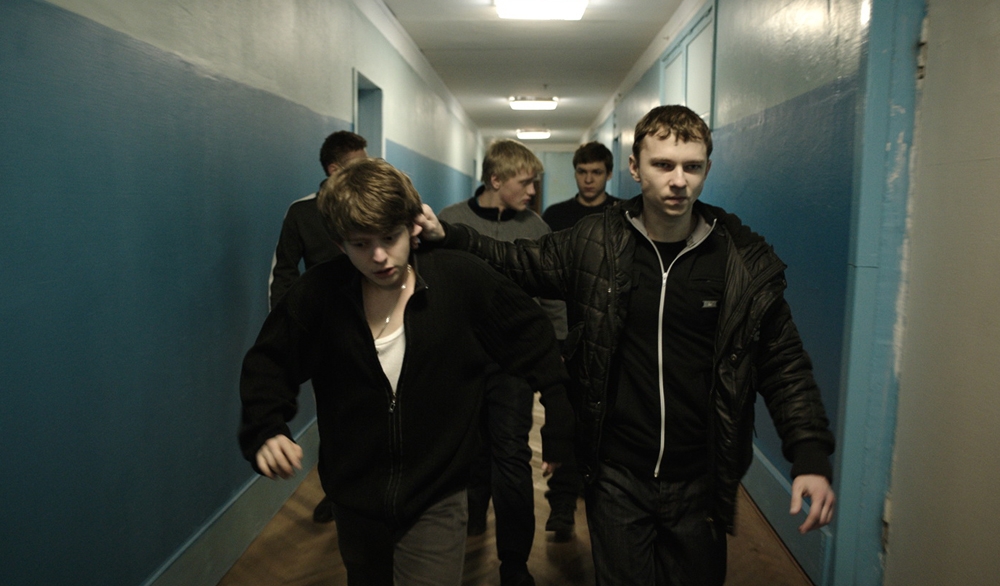 A young deaf-mute named Sergey is a newcomer at a specialized boarding school that secretly houses a crime and prostitution network among the students, “the tribe”. In this new environment, he forces himself to accept the harsh rules of the gang and takes part in several robberies, gaining him respect. When he meets Anna, one of the leader’s concubines, he ends up breaking one of the unwritten rules of the tribe. A film shot in sign language and with no voice-overs and subtitles, as love and hatred require no translation.

Winner of the Grand Prize at the Critic’s Week at the Cannes Film Festival. 
Born in 1974, in Kiev, Ukraine. His short films include The Incident (2006), Diagnosis (2009), Deafness (2010) and Nuclear Waste (2013), the latter winning a Silver Leopard in the Pardi di Domani section of the Locarno Film Festival. The Tribe is his first feature film.