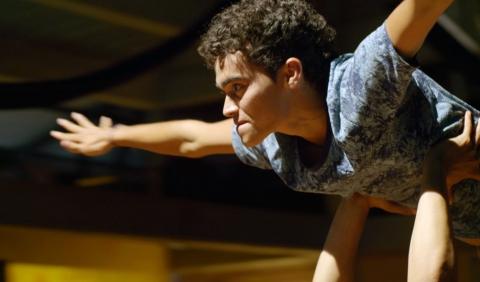 Mateo, a 16-year-old boy, collects extortion money on behalf of his uncle and uses his pay to help his mother, who grudgingly accepts the money out of need. They live in the poor and violent neighborhoods alongside the Magdalena River valley in Colombia. To prove his worth, Mateo agrees to infiltrate a local theatre group in order to uncover its members’ political activities. As he becomes enthralled with the free-flowing creative lifestyle of his new friends, he must make difficult choices and face the perils of doubting the established hierarchy of Colombia’s armed conflict. 
She studied film and television production at New York University and screenwriting at La Femis. Currently based in Bogotá, she has directed two TV series and the short film 20 Mil (2006). Mateo is her first feature film.