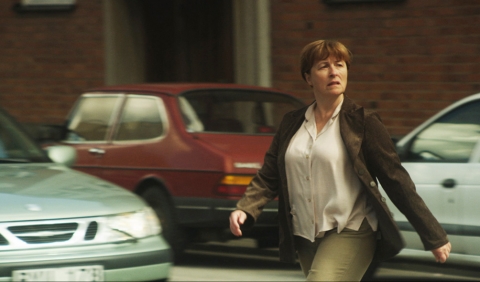 Magdalena picks up her grandson from piano lessons, eats dinner with his family, visits the bar. She unsuccessfully tries to sell her daughter’s dog and consults a medium. Since Sara’s suicide, Magdalena shields herself from the pain and loss of her daughter, by immersing herself into rituals of everyday life. It is only when Sara’s ex-boyfriend comes to visit that sorrow finally finds its way through denial, speachlessness and feelings of guilt. 
Born in Stockholm in 1981. He studied at the film school Konrad Wolf in Potsdam-Babelsberg. He has written and directed numerous plays and short films like Havet (2009) and Wertingen (2011). Lamento is his graduation film and feature film debut.