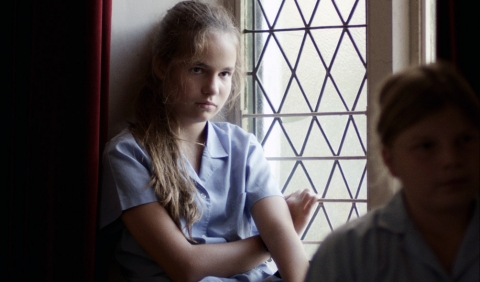 Juana is a 12-year-old student who is getting low grades and ends up frustrating the teachers at the British bilingual school she attends. While her mother tries to hire a tutor and even pays for medical exams, nothing seems to improve the girl’s academic performance. Juana attempts to befriend a new Brazilian student, but is unable to overcome her other classmates from continuing to exclude her. After discovering that she was not invited to a costume party, she begins taking small steps in trying to approach others. 
Born in Buenos Aires in 1988, he studied at the Fundación Universidad del Cine. About Twelve is his first feature film.