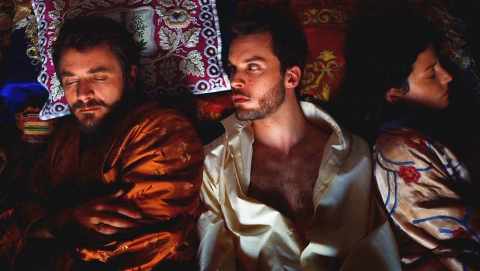 An almost hallucinatory look into the world of Amadeo of Savoy, who ruled as King of Spain from 1870 to 1873, an ungovernable time in the country. This intriguing episode in history is transformed into a plea for beauty, creativity and joy. 
Born in Barcelona in 1949, he founded Cine Club Arts in Barcelona at the age of 18. Since then, he has worked as a presenter, critic, writer and as a renowned producer of films such as Uncle Boonmee Who Can Recall His Past Lives (2010, 34th Mostra), Golden Palm in Cannes, and Manoel De Oliveira’s The Strange Case of Angelica (2010, Opening Film of the 34th Mostra). His directorial debut was the documentary Blow Horn (2009). Falling Star is his first narrative feature film.