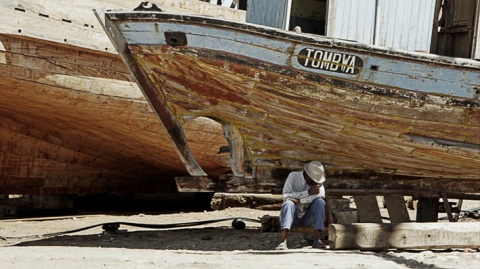 What would people take with them if they were leaving their home without knowing if they would ever return? Between 1974 and 1976, close to 300 thousand Portuguese people abandoned Angola. More than 100 thousand were born there. This is the story of the incredible Angola exodus by land, sea and air, as well as everything they did not want to leave behind. 
She has worked in radio broadcasting since 2001. After studying film at the University of Texas, she made her first short film Volta (2010). Bag and Baggage is her first feature film.