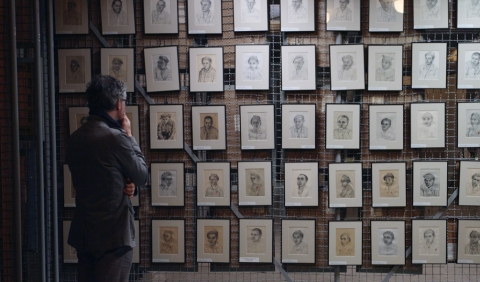 An investigation into the artworks created secretly in Nazi concentration and death camps. It converses with the rare handful of living artists who survived the camps. 
Studied Film at the University of Paris III. He works as consultant for fiction and documentary scripts and writes articles about cinema and contemporary art. He directed documentaries such as L`Atelier de Boris (2004).