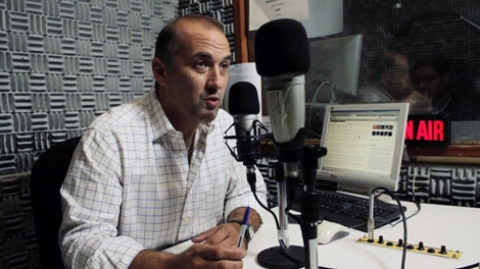 Mario Ligetti is a middle-aged DJ in Montevideo, Uruguay, whose call-in radio show exposes the city’s secrets and stories. As Mario’s life becomes more entangled with that of his callers and listeners, his public and private personas are blurred and the intimate nuances of a city and its residents are revealed. 
He got his bachelors degree in arts at the Bard College, NY, in 1986. In 1992, he completed his masters in fine arts at the San Francisco Art Institute. He has directed abstract short films such as Winterwheat (1989), Echo Anthem (1992) and Trailer Trash (2008), as well as the feature films At Home and Asea (2000) and Rockaway (2005). He is an associate professor of Film at Fordham University in New York.