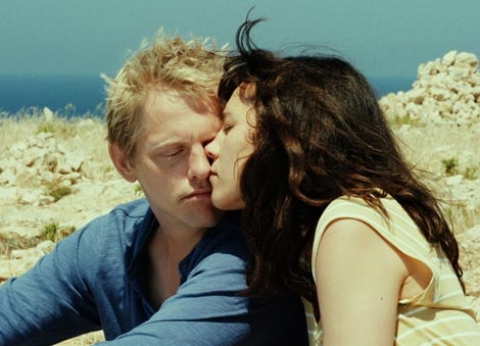 Nina and Ben have been together for many years. They have a three-year-old daughter. Their first vacation without their child leads them to the south, to Formentera. Caressed by the sun and the warm Mediterranean winds, they enjoy their freedom from the necessities of everyday life. But during a wild beach party, things start to change. Ben is flirting with the young and beautiful Mara and at the end of the night, Mara and Nina dive into the dark sea, with Mara mysteriously disappearing. Nina and Ben are caught in a deep crisis, questioning everything they once believed in. This dive into a couple’s crisis is strongly influenced by Michelangelo Antonioni’s L’Avventura (1960). 
Born in 1976 in Leipzig, Germany. She worked as a research and production assistant on TV. Her works include the short Raumpflege (1999), the documentary Tatjana (2002), DIM (2004), co-directed with Paul Schwarz. She studied at the Academy of Film and Television Konrad Wolf in Potsdam-Babelsberg, Germany, and graduated with Hounds (2007), a feature which won the Fipresci Prize at the Berlinale Forum section. Formentera is her second feature.