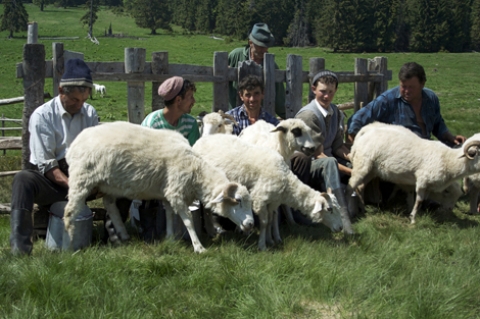 The film chronicles one year in the life of Albin and his family of shepherds in the North of Transylvania. Following their day to day routines, the documentary shows their struggle to adapt to a new world where traditions are gradually losing their importance. Since joining the European Union, Romania has been facing, like several other Eastern European countries, the pressure of modern values, introducing in farmer`s lives the cruel notion of competition, the temptation of migrating to the higher salaries abroad, and the marginalization of locally produced food against industrial products. 
Born in 1970 in Transylvania, Romania. He has worked as a photographer on Irish productions, camera operator, and editor on short films before making his directorial debut with the documentary Leaving Transylvania (2006). Off The Beaten Track is his second documentary.