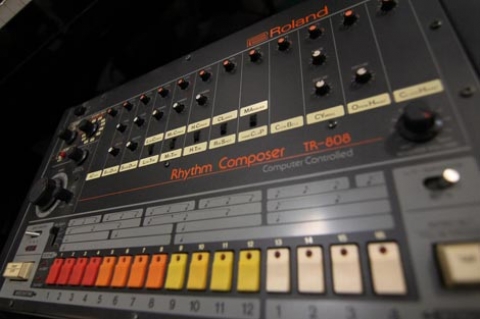 Focus Forward is a project that consists of short films telling the stories of people who are reshaping the world with their inventions. International filmmakers are invited to tell these stories in films that run around three minutes. The films encompass themes such as medical advances, the development of wireless technologies in Third World countries, innovations in transportation, healthcare, gene therapy and waste management, or any other sphere of art and knowledge that inspires the filmmakers. Their cameras capture how engineers, educators, inventors, surgeons, philosophers, social workers and other professionals are utilizing their skills and vision to help sow the seeds of a better future.

HEART STOP BEATING - Jeremiah Zagar
The story of Billy Cohn and Bud Frazier, two visionary doctors who attempt to replace a dying man’s heart with a rotor-driven device of their own design. If successful, this technology could prove life is possible without a heartbeat, and take one step closer to overcoming America’s number one killer: heart disease.

PANMELA CASTRO - Heloísa Passos
Panmela Castro was born and raised in the Rio de Janeiro suburbs. She is the president of the Nami Network, a feminist organization that promotes women’s rights through graffiti. She travels around the world and her artwork has been recognized with multiple international awards for her work.

ALL HAIL THE BEAT - Nelson George
The sounds of the Roland TR-808 drum machine inspire musicians around the world, even though the device hasn’t been made since 1984 and most of its avid users have never actually seen one.

ROBOT - Liz Garbus
Can a robot be a friend? A teacher? Take care of someone? The answer is yes and it may not be as scary as it might seem.

THE AUTO-TUNE EFFECT - Stanley Nelson
The music artist’s vocals ascending higher and higher up the scale. Flawless. Is it an inhuman process? Auto-tune is transforming music. Listening will never be the same.

THE HONOR CODE - Katy Chevigny
If we change the way we think about honor, could we make the world a better place? Philosopher Kwame Anthony Appiah proves we can.

THE BIONIC EYE - Steven Cantor
Dr. Joseph Rizzo and Prof. John Wyatt co-founded the Boston Retinal Implant Project. It’s a Harvard/M.I.T. collaboration whose “Bionic Eye” technology is aimed at restoring sight to patients who suffer from degenerative blindness. They have invented a microelectronic retinal implant that restores vision to patients.

SOLAR ROADWAYS - Michele Ohayon
What if roads and parking lots were solar, fueling enough energy from the sun to power nearby communities as well as electric vehicles? Scott and Julie, the inventors/creators, have the answer.

GOOD BREAD- Eddie Schmidt
Bread can be considered many things: warm, delicious, sustaining. It’s also slang for money. This literal slice of life, which follows the typical day of an ex-gang member on his first job in the bakery of Homeboy Industries, underscores the meaning and the lasting contribution of “good bread.”

NEW GIFT - Supriyo Sen
In today’s context of ecological destruction caused by chemical farming, industrial agriculture and genetic engineering, the film explores the core philosophy of Navdanya movement ignited by Dr. Vandana Shiva who believes seed is a gift of life, heritage and continuity, and saving seeds leads to conserving biodiversity and sustainability.

THE SKY IS NOT THE LIMIT - Annie Sundberg, Ricki Stern
Meet Peter Diamandis - the visionary man behind the X Prize Foundation which provides financial awards to spur the next generation of big thinkers and enable inventors to solve the world’s biggest crises. Through this dynamic portrait we see the world through his inspired point of view.

THE INVISIBLE BICYCLE HELMET - Fredrik Gertten
Design students Anna and Terese took on a giant challenge as a project. Something no one had done before: an airbag for bicycles.

HILARY’S STRAWS - Phil Cox
One day, quadriplegic Hilary Lister and her friends smashed up and cannibalized a wheel chair, some metal pipes and a few electric circuit boards. The result was a unique technical invention that led her to conquer the oceans of the world.