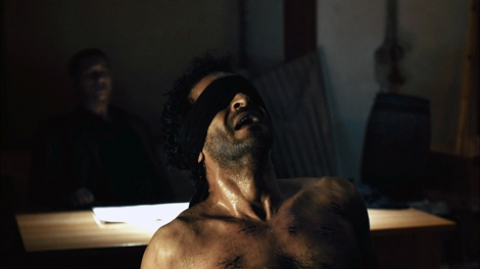 Set against the momentous backdrop of the whirlwind protests in Cairo`s Tahrir Square, beginning on January 25th, 2011. Activist Amr, journalist Farah, and State Security officer Adel experience a shifting reality in the days and nights leading up to the resignation of President Mubarak. As the stories of these characters unfold, they are propelled headlong into the heady, often surreal atmosphere of terror, uncertainty, and mass euphoria that surrounded those days that shaped history. 
Born in Port Said, Egypt, in 1963. He is a graduate of the American University in Cairo in 1985, majoring in physics. He was a sound engineer and later worked at the British television station TV-Am, located in Cyprus, for a year. Since then, he has worked as a director, producer, and cameraman since 1987, and has also directed numerous documentaries for international TV channels. He directed the feature films Ithaki (2005), Eye of the Sun (2008), and Hawi (2010). Winter of Discontent is his fourth feature film.