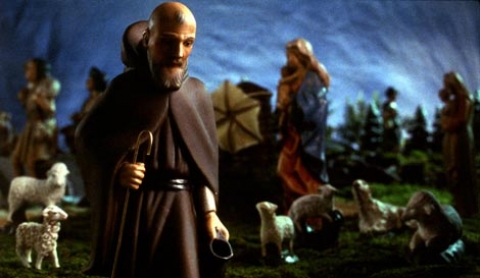 December 25th in the middle eighties. The family gets together in the grandparents’ house, through red curtains in the window that opens onto the sunroom, amid pendulum clocks, wicker-seat chairs and a huge Nativity Scene. There is not one particular highlight; our only interest is the portrait of the group consisting of four generations and two dogs.