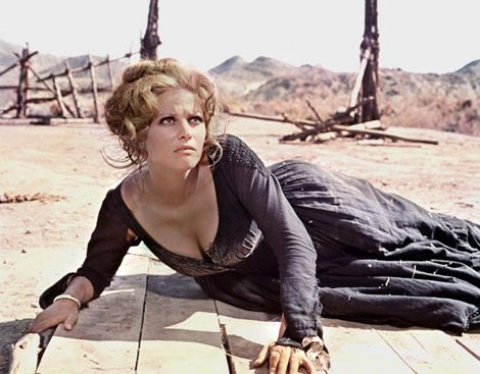 Once Upon a Time In The West

Once Upon a Time In The West

Jill McBain arrives in a town in the American Old West, only to find out that her husband and his three children were killed by the ruthless hired gunman Frank. She inherits the land and becomes the next target in a property battle involving railroad construction. However, Jill is not alone. A mysterious gunslinger nicknamed Harmonica has arrived in town. He is on a quest to get even and his main target is Frank. The film is considered by many to be Sergio Leone’s masterpiece.


Born in Rome, Italy, in 1929. Son of Roberto Roberti, one of the pioneers of Italian cinema, he began as an assistant in international productions within the peplum genre, sometimes co-directing films without receiving credit. His first official directorial job came with the peplum The Colossus of Rhodes (1959). His next film, the western A Fistful of Dollars (1964), became a worldwide success and launched the career of Clint Eastwood. After filming two more films featuring the same protagonist, For a Few Dollars More (1965) and The Good, the Bad and the Ugly (1966), he directed the epic Once Upon a Time in the West (1968). He bid farewell to the western genre with Duck, You Sucker! (1971) and ended his career with his dream project, Once Upon a Time in the America (1984). He died in 1989 while planning a film about the Siege of Leningrad.