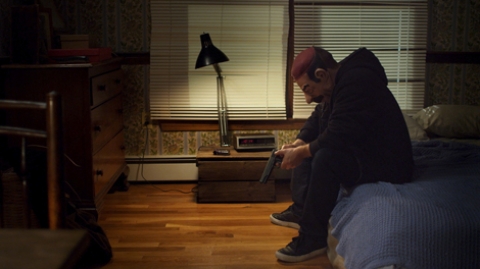 When Simon’s brother is arrested for armed robbery, he commits a string of similar crimes in an attempt to get his brother acquitted. Caught between loyalty to his brother and his own will, Simon is forced to examine his life.


Matt Ruskin Studied cinema at New York University from where he graduated in 2002. He was assistant producer to director Darren Aronofsky in Requiem for a Dream (2000), selected for the 25th Mostra. He directed and produced The Glen of the Downs, a film on the first environmental protest in Ireland. The Hip Hop Project was four years in the making. Scott K. Rosenberg Studied cinema at New York University. Worked for the Museum of the City of New York where he coordinated several cultural projects. In 1991, he founded an organization, Art Start, that helps homeless and needy teenagers to transform their reality by means of art. It was this contact with the needy youngsters that led him to produce and direct The Hip Hop Project, his first film.