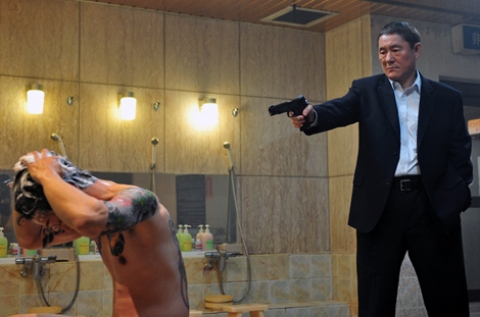 The Sanno crime family has grown into a huge organization, expanding its power into politics and legitimate big business. The Sanno’s upper ranks are now dominated by young executives and the old-guard members are penting up resentment while being pushed to the sidelines. Meanwhile, an anti-gang detective named Kataoka prepares with the police force for a full-scale crackdown. With dirty tricks, he instigates conflict between the Sanno and their long-time ally, the Hanabishi, in the hopes that they ultimately destroy each other. It’s impossible to guess who will come out on top in this fierce power game.