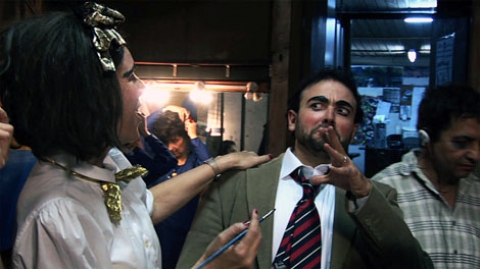 Italian immigration as recounted through the journey of a young opera singer in search of fame and fortune in present-day Argentina. The world of opera becomes the backdrop for sweeping epic deeds that reconstruct the feeling of being an immigrant, men and women uprooted from their own world.


Born in Florence in 1941. He began his career collaborating as an assistant director and editor with Paolo and Vittorio Taviani. He then directed TV films, including La sostituzione (1971) and Modì - Vita di Amedeo Modigliani (1989). He has also worked as a director of commercials in Great Britain, Greece, Germany, and Brazil. His features include Masoch (1980) and Forse Dio è malato (2007).