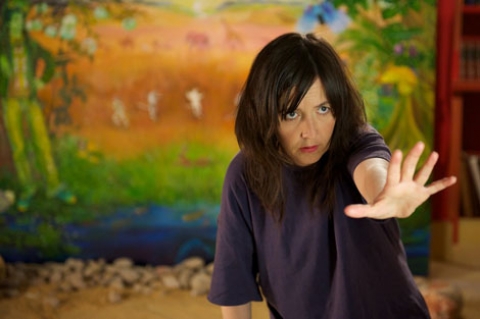 In the Garden of Eden story, Eve traditionally has been cast as the foolishly disobedient woman who lost us our place in paradise. But what if tradition had it wrong? In an encounter with the serpent, 20 years after the incident, she powerfully makes her case, with Adam having the last word.


Born in Karlsruhe, Germany, in 1937. Jan Harlan joined Stanley Kubrick in 1969 as a researcher for the director’s unfinished Napoleon film project. He was the assistant producer for Kubrick’s next film, A Clockwork Orange (1971, 35th Mostra). Four years later, he became Kubrick’s executive producer on Barry Lyndon (1975), The Shining (1980), Full Metal Jacket (1987) and Eyes Wide Shut (1999). After Kubrick’s death in 1999, he worked as an executive producer for Steven Spielberg’s A.I. Artificial Intelligence (2001), a project envisioned by Kubrick. Later he directed the documentary features Stanley Kubrick: A Life in Pictures (2001) and O Lucky Malcolm! (2006). In addition to lecturing at film schools, he works with the Film-