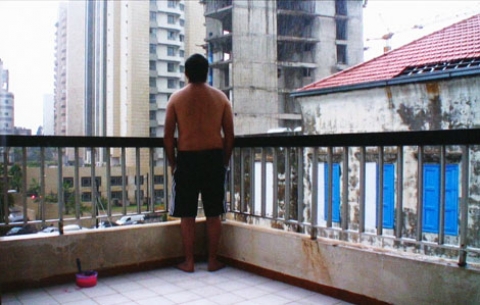 February 4, 2011: the family is getting ready to demonstrate, knitting in red its new freedom. The crowds go wild and scream: ``we want to bring down the dictatorship of Mubarak who humiliated the Egyptians during the past three decades". Are the sounds of demonstrations heard by this family coming from the satellite television channels or directly from the surrounding streets? May 27, 2011: a new martyr, little Syrian Hamza al-Khateeb was shot and tortured to death. The Syrian streets are revolting.