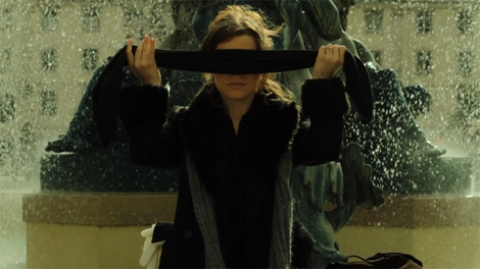 The existential doubts of a soon-to-be human start within the womb. The story’s narrator is an unborn child still dwelling inside his mother. The son, whose mother is unknown, is apparently fascinated Gabriela, a nurse in a hospital’s Burn Unit. She is thrown into a world of misfortune as she is requested by her husband’s friend, Vítor Guerra, a police detective, to look after a surviving victim of a serial killer who burns his victims to death. With a failing marriage, Gabriela is driven into a passionate endeavor by a secret admirer. Soon she realizes that her lover could be the man responsible for the murders. 
Born in 1981, in Lisbon, Portugal. He majored in film and television direction at the Image and Communication Technical School in Lisbon and in architectural sciences at the Universidade Lusíada de Lisboa. He directed the short film Aqua. My Engine’s Fragile Sound is his first feature film.