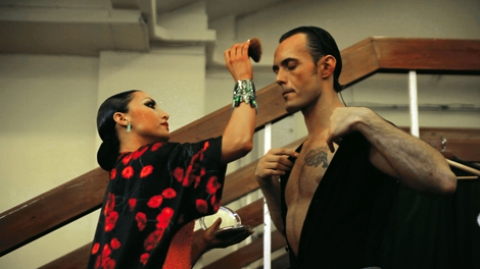 Slavik is a former World Champion in Latin American Dance. He is about to make his final comeback as a professional dancer with his partner and lover Anna. Slavik is addicted to the limelight and the dance. His body, however, is causing him aches and pains and his flaring temper puts his relationship with Anna at stake. The pressure from outside and the demons within brings Slavik into an existential crisis as he strives for the throne one last time.


Graduated as a documentary director from The National Film School of Denmark and as a multimedia designer. He has made numerous music videos and commercials. Ballroom Dancer is his first feature. 
Graduated as a documentary director from The National Film School of Denmark and in sociology from Copenhagen University. He directed numerous short movies, among them 12 Notes Down (2008) and Albert`s Winter (2010). Ballroom Dancer is his first feature.