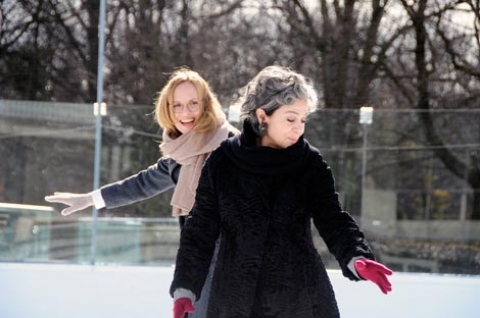 Marga has never shown many feelings towards her daughter Sofia. Now she reveals fears, wounds and a deep longing for her long-dead husband Juris. After years of almost no contact with her mother, Sofia unexpectedly finds herself having to take care of her. As though yearning to be free of her memories, Marga begins relating stories of things that happened many years ago, things that Sofia has never heard of. Prompted by a faint suspicion that the secrets of Marga’s past are important to understanding her own past, Sofia sets off for Riga with her mother at the spur of the moment. This is where Marga grew up and where she married Juris. But the more Sofia learns about her mother, the less certain she becomes about her own identity.