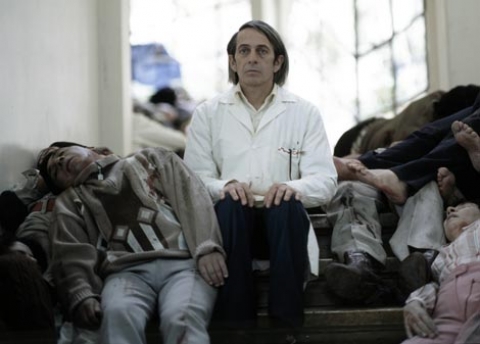 In Chile, 1973, a few days before the Coup d’État and the last days of the Salvador Allende presidency, Mario Cornejo works as an employee filing reports at a morgue office. He falls for a burlesque dancer who works at the cabaret Bim Bam Bum and mysteriously disappears in the morning of September 11th.


Pablo Larraín was born in Santiago de Chile and studied at UNIACC University. He made his feature debut with Fuga in 2005. Tony Manero is his second feature.