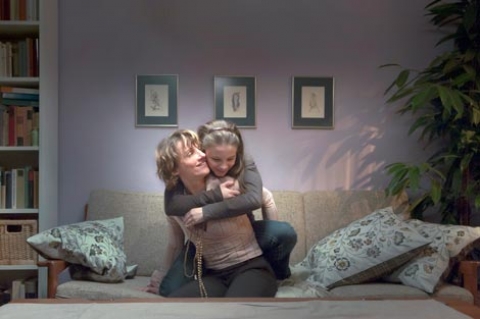 Since her father`s death, Elise, 15, lives alone with her mother Betty, 38. Working as a
nurse, Betty is rescuing the lives of others, but her own life is more or less going down the tubes. Her search for a new man always ends in frustration, which she tries to overcome with alcohol, parties, and one-night-stands. Betty loses the overview of her life and the contact to her daughter, which forces Elise to start acting like an adult. Everything seems to go well when Betty meets Ludwig, but little does she know that his true interest is Elise.


Born in Düren, Germany, in 1968 and lives in Berlin. After working as video operator for Wim Wenders, he studied directing at the University of Hamburg. He took part in the New York Film Academy and studied script writing at the New York University. His short films include Ausverkauft! (1999), Quak (2000), Morgengrauen (2001), and Die Katze von Altona (2002). Fuer Elise is his first feature-length film.