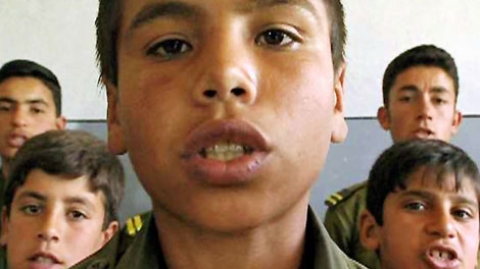 In 1970, a young Syrian filmmaker, driven by revolutionary warmth, made an experimental film to celebrate the great progress of his country towards modernization. Thirty five years later, the director Omar Amiralay, now mature, returns to the location of his first film. The damp, which the construction he had depicted before, has collapsed, and the same is about to happen with all the countries’ other infrastructure works. At the Al-Machi village, Amiralay stares speechless to what represents a sad ending for Arab socialism. The film depicts the effects of the devastating 35-year rule of the Syrian Baath Party. A rare example of contemporary film combining formal mastery and political courage.


A Syrian filmmaker and activist, he was born in Damascus in 1944. He majored in theater from the Théâtre des Nations in Paris, having later studied film at the Hautes Etudes Cinematographiques (IDHEC). From 1981 on, he directed documentary films for French television channels. Among others, his films include Film Essay on the Euphrates Dam (1970), About a Revolution (1978), The Lady of Schibam (1988), To the Attention of Madame Prime Ministre Benazir Bhutto (1990), There are still a lot of things to talk about (1997) and The Man with the Golden Soles (1999), a portrait about the former Lebanese prime minister Rafiq al-Hariri, killed in 2005. He passed away in 2011.