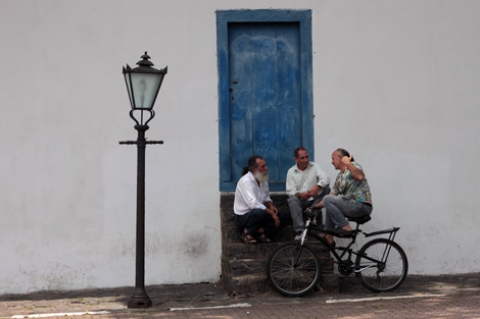 The documentary interviews the population of Embu das Artes, a city that has been asking for respect regarding their artistic and environmental property. With a history of environmental struggles, the county, known for its renowned artistic vocation since its creation in 1554, faces one more battle: to allow industries and logistics into the entire ZIA extension (Zone of Environmental Interest). The new plan compromises not only the last green areas of the county, but also the survival of the arts scene in the region. 
Born in Recife in 1955. She works as an artist and studied technical drawing at the Polytechnic Institute of Londrina, later working as a drawer. She produced the video short Animareco (1999), aired through Cultura TV’s show Zoom. She also produced the short film Brasília, Cidade Sem Limites (2011).