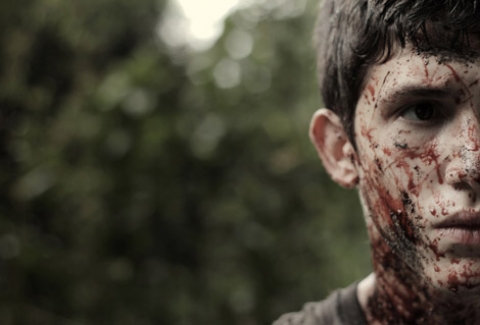 Seventeen-year-old Tomás and his younger sister, Marcela, leave their house to attend a fancy dress party. She never comes back. A year later, Tomás and his family go on a trip to an isolated country house, intending to heal their wounds. Susana, his mother, turns to daily routine and denial in order to hide pain from her younger children, a couple of seven-year-old twins who are unable to tell reality apart from their fantasy games. Their aunt Angélica and their oldest brother Juan have just arrived back from abroad, and can only make the atmosphere even murkier. Amongst a beautiful landscape, the healing trip soon turns into collective hell. Tomás’ deep attraction towards his aunt; the memories of Marcela’s death; and the fantasy spiral that completely surrounds the twins will sink the family members in a state of nightmarish insanity in which some of them might not survive.


Costa studied filmmaking and TV production at Universidad Nacional de Colombia. He is a director and screenwriter, teaching direction for audiovisual projects at Universidad Jorge Tadeo Lozano, in Bogota. The Crack is his feature debut.