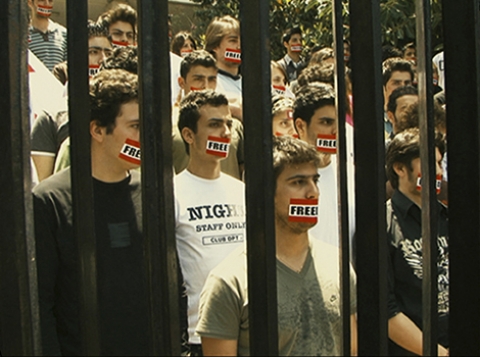 In 1990, the Lebanon War ends with the Syrian army’s takeover of the Presidential Palace, signaling an ensuing fifteen years occupation. One of the consequences of this period was a general sense of collective retreat and apathy among the population. On Huvelin Street, where the Middle East’s leading Francophone university, Saint-Joseph, settles, a group of students opposed to the status-quo decide to break the silence and rally a pacifying resistance movement in the heart of Beirut at the close of the 1990s. 
Born in Aley, Lebanon in 1940. He’s an actor, director and teacher of the performing arts. Graduated from New York’s Actors Studio in 1962. He is also founder and dean of the Institute Technologique Libano-European in Jounieh. Produced and directed several shows for TV and theatre plays. Huvelin Street is his first feature film.