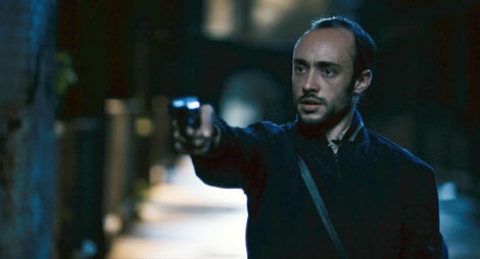 Tooth For a Tooth

Tooth For a Tooth

Pablo Kramsky, a yellow press writer for a tabloid, is a victim of robbery. A colleague offers him a gun for self-defense, and this leads him to kill a person when he feels endangered. Kramsky is not brilliant at his job, but when he writes an article about a possible vigilante taking justice into his own hands, he gains the recognition of his superior and the admiration of his coworkers, something that he had not experienced in his mediocre career. 
He was an associate producer for films such as The Bastards (2008), by Amat Escalante; Viaje Redondo (2009), by Gerardo Tort; and River of Gold (2011, 36th Mostra), by Pablo Aldrete. He was also a producer for MTV Latin America. Tooth for a Tooth is his first feature film.