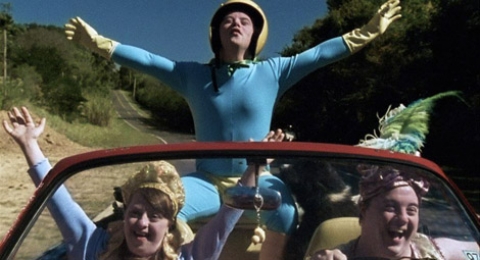 Three young people with Down syndrome love movies and work at the video library inside the institution they have always lived in. One day, inspired by the film Thelma & Louise, they decide to run away in the gardener’s car in search of their dreams. Stalone wants to see the sea, Marcio needs to fly, and Aninha looks for a husband. During this trip, they embark on several adventures as if life were just a children’s play.