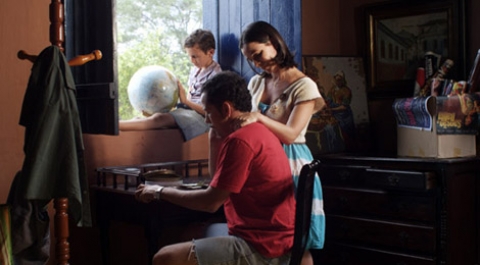 The arrival of television at the Ceará countryside during the 1970s put an end to small town cinemas. That is when a hero named Francisgleydisson decided to fight in order to keep his love for the seventh art alive. His weapons: creativity and a good, local sense of humor.


Born in Fortaleza, Brazil. He graduated in business administration at the University of Fortaleza, and took a master’s degree in Taekwondo. He began his career as a stunt double for martial arts films in Los Angeles during the 1990s. He debuted as a director with the short film O Artista Contra o Cabra do Mal (2001). He followed it up with the feature films No Calor da Terra do Sol (2004), the American horror film The Morgue (2004), and As Mães de Chico Xavier (2010). He also produced the science fiction film Área Q (2011). Cine Holliúdy (2012) is his fourth feature film.