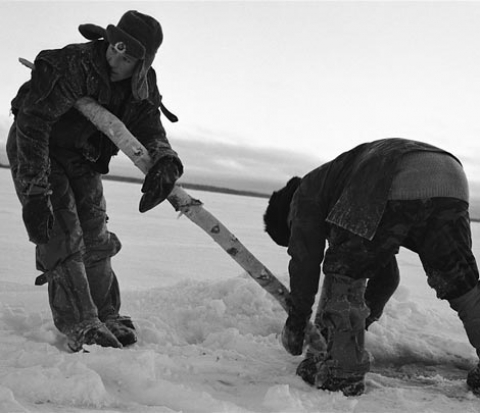 A day in the life of a small fishing group on the White Sea. Simplicity, effort, time and work are part of their routine. The snow, a white line on the horizon, the white sky, and a worker who is fighting with the ice. For him, this is the only way of surviving.