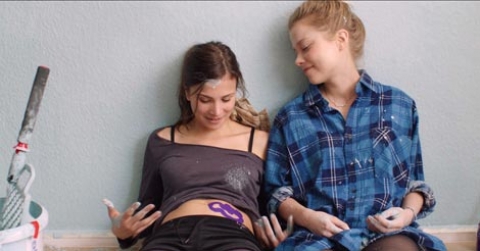 Lara is unsatisfied with her life. At twenty-five, she’s about to finish her degree in architecture, but it doesn’t interest her anymore. After a wild night out dancing with her friend, Lara finds herself pregnant. Confused and hesitant at first, she throws herself into the adventure: becoming a mother. But the experience takes a painful turn. Lara miscarries in her sixth month. Fearing the loss of her newfound feeling of purpose, Lara continues to carry the baby and acts as if she were still pregnant.


Born in Berlin in 1982. She studied film directing at the University of Film and Television “Konrad Wolf” in Potsdam-Babelsberg. She directed the short films Inside You (2008), Tehran Kitchen (2009), and The Circle She Travels Within (2010). Breaking Horizons is her first feature film.