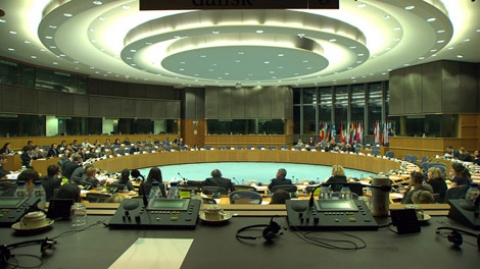 A journey into Europe by night in terms of its many different facets: the pulsating society of service providers and prosperity, the bulwark of security and exclusion, urban civilization, the hedonistic temple of earthly delights, inspired and weighed down at the same time by its history, traditions and highly developed culture. Some things can be seen more clearly at night.