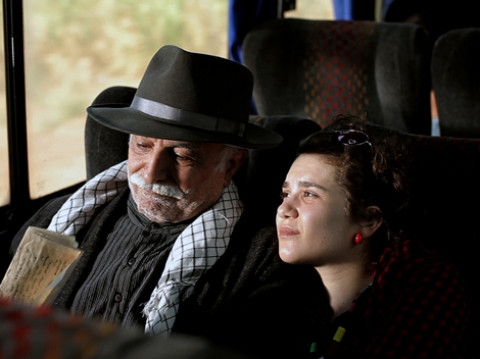 In June 1950, Lebanese teenager Tarik comes to Brazil with his younger brother Karim in order to start a new life. On the ship, they befriend boys of Arab and Syrian nationalities. Arriving in Brazil, each one follows his own path. In September 2001, Tarik, now an old Muslim, loses his wife and needs to fulfill certain promises before he dies. He abandons everything and travels across Brazil with his daughter Samia, in search of the other boys who made the trek with him 51 years ago.


He works as a filmmaker and producer. He co-directed the feature film A TV Que Virou Estrela de Cinema (1993) with Yanko del Pino. He produced André Luiz Oliveira’s Louco por Cinema (1995) and Joel Zito Araújo’s Filhas do Vento (2004). The Last Stop is his second feature film.