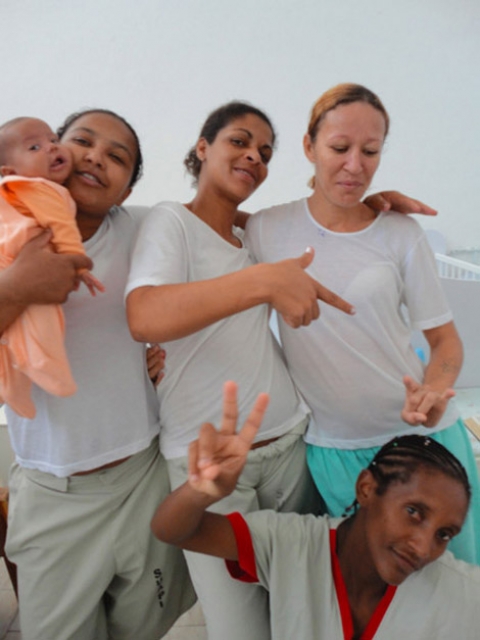 The women’s detention facility in Vespasiano, Brazil, holds female prisoners who just gave birth. They stay there during their child’s first year. After this period, the kids are sent to live with their relatives, while the mothers go back to a standard prison in order to finish serving their sentences. The documentary portrays life inside jail, as the girls tell us about a world of hope and violence unknown to most people.


Born in Recanati, Italy, in 1985. He graduated from the University of Rome and took courses at the London Film Academy right after. He moved to Belo Horizonte, Brazil in 2009. His short films were Hills (2009) and Christine (2010). His first feature film was the documentary Chi Animale? (2010). The Wide Door is his second feature film.