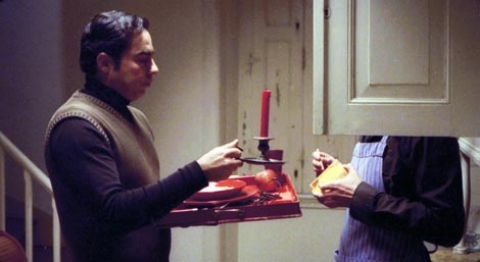 The Face You Deserve

The Face You Deserve

Franscico, behave! I know it’s your birthday, that you are thirty now, that it’s carnival, that you’ve dressed as a cowboy for the school party and that you are surrounded by kids you hate. But that’s no reason to be so annoying…. Control yourself! Don´t you see no one will put up with you? And then you’ll hit your head, you’ll go to the hospital, you’ll have measles and there’ll be no one to look after you… Seven dwarfs would be perfect, just like in Snow White…Francisco, repeat after me: “Up to your 30’s you have the face God has given you. After that, you get the face you deserve”.

Just before completing thirty years of age, Francisco goes into an existential and emotional crisis when he contracts measles and is quarantined, assisted by seven friends. Francisco is then induced to several comic questions about his childhood.