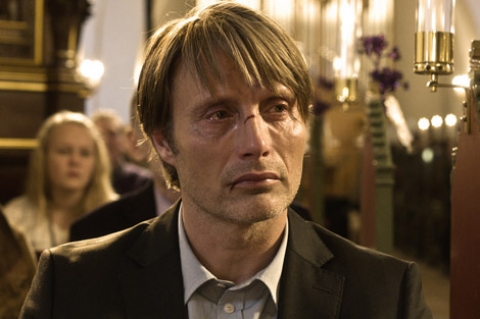 Following a tough divorce, 40-year-old Lucas has a new girlfriend, a new job, and is in the process of reestablishing his relationship with his teenage son, Marcus. But things go awry. Just a passing remark. A random lie. And as the snow falls and the Christmas lights light up, the lie spreads like an invisible virus. The shock and mistrust gets out of hand, and the small community suddenly finds itself in a collective state of hysteria, while Lucas fights a lonely fight for his life and dignity.