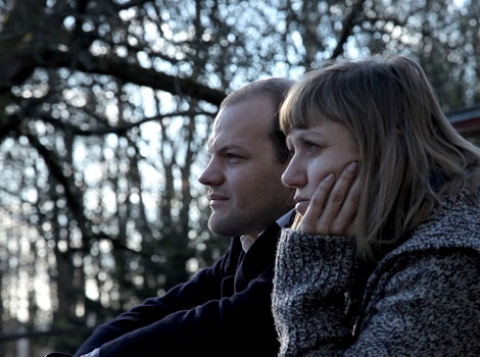 Henri has just lost his wife after forty years of marriage. They used to run a hotel in the Belgian countryside, which is now closed. For Dominique, Ludovic and Louis, his three children, they must sell the hotel and start a new life, far away from the memory of their mother. Without confronting or sharing their father’s pain, they take matters in hand. Their plans are shaken up by the arrival of Alice, a young woman who is eight months pregnant. Henri reopens the hotel for her and, unable to talk to his children, turns her into his confident. 
Born in 1977 in Brussels. She graduated from the Institute of Diffusion Arts (IAD) in Belgium. Her short fiction film Trop Jeune (2003) carried off the Grand Prix at the Brussels Festival. She also directed the short film Comme Personne (2006). Living Afterwards is her first feature film.