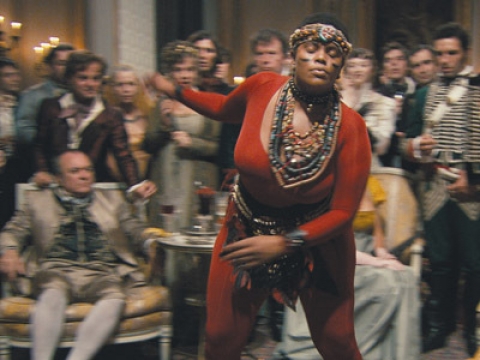 Paris 1817, at the Royal Academy of Medicine. “I have never seen a human head so similar to that of an ape”. Standing by a molded cast of Saartjie Baartman’s body, anatomist Georges Cuvier’s verdict is categorical. A group of distinguished colleagues break out in cheers. Seven years earlier, Saartjie left her native South Africa with her master, Caezar, to expose her body to the audiences of London’s freak shows. Free and enslaved all at the same time, “The Hottentot Venus” became an icon in the slums, destined to be sacrificed in the pursuit of a shimmering vision of prosperity.


Was born in Tunisia in 1960. He started his carrer as an actor in theatre and cinema before turning his hand to directing. In 1984, he was given the leading role at Abdelkrim Bahloul feature Mint Tea. He also starred in André Téchiné’s The Innocents (1987) and Nouri Bouzid’s Bezness (1992). His directorial debut came with the feature film Blame it on Voltaire (2000), followed by Games of Love and Chance (2003) and The Secret of the Grain (2007), awarded with the FIPRESCI prize and the International Jury Prize at the Venice Film Festival.