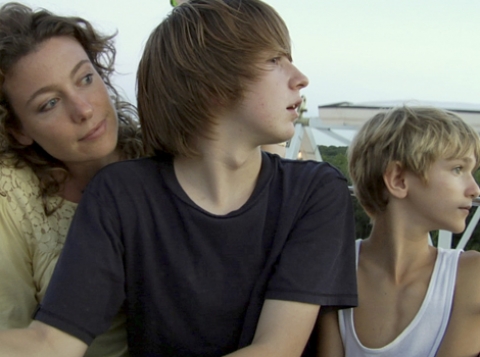 In the forgotten corners of rural Virginia, Sheryl struggles to balance her work as a housekeeper and the raising of her two sons, fifteen year-old Marc and eleven year-old Stephen. Hoping to meet the love of her life and bring home a father for her boys, she frequents a depressing, weekly mixer for the town’ aging singles set. Meanwhile, Marc is desperate to lose his virginity, and spends his days working at a used car lot. And his brother Stephen, in the throes of sexual discovery, becomes infatuated with his school teacher while hoping to win the approval of a group of peers who adamantly detest her. 
Grew up in Richmond, Virginia and moved to New York to study film at NYU’s Tisch School of the Arts. Directed the short film Jackson Ward (2008) and worked in the post production of Martin Scorsese’s Shine a Light (2008). A Little Closer is his first feature film.