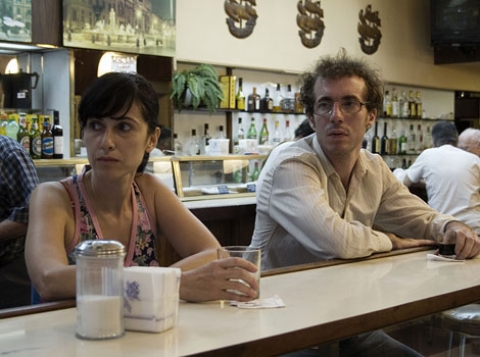 Boris is stunned when his girlfriend Ana asks for some time apart. He doesn‚Äôt know why and she can‚Äôt explain it. Some time can mean so many things. How much time apart? A week, a month, years? During this imprecise period of uncertainty, Boris is left at the mercy of chance. His life transforms into an erratic urban journey: moving into a transient hotel, buying a temperamental communist-era car, meeting up with a long-lost classmate, random encounters with other women and repeatedly trying to get back together with Ana. 
Was born in Buenos Aires and studied at Universidad del Cine. He is part of a young generation of Argentinian filmmakers. He debuted with a mid-length film part of the feature Mala Epoca (1998). El Descanso, co-directed with Ulises Rosell and Andrés Tambornino in 2002, was awarded at Berlin Festival. He has also directed The Minder (2006, 30th Mostra).